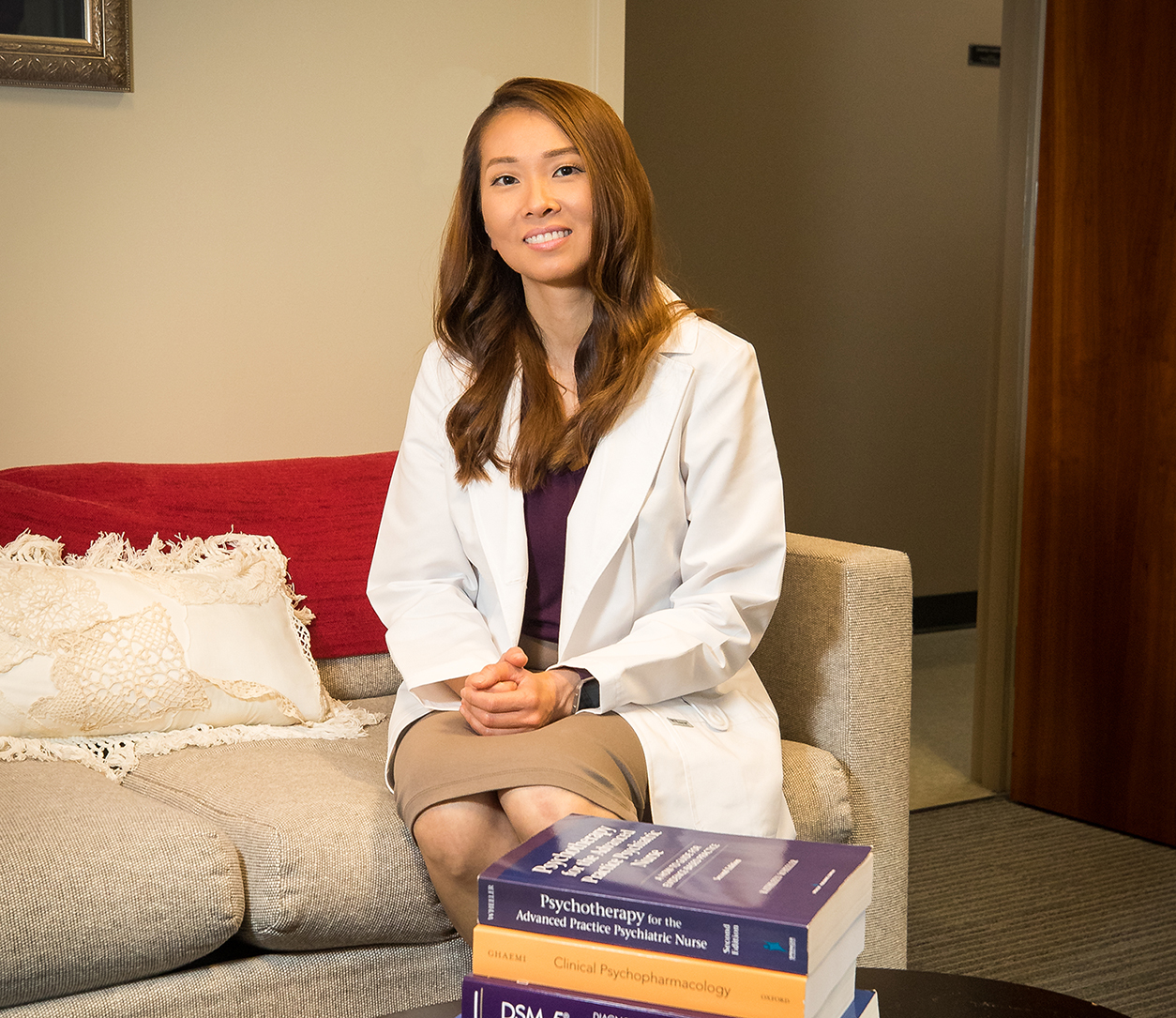 The road to recovery after escaping from Vietnam during her childhood had an unexpected bright side for Ai Garner. The Saigon, Vietnam native ended up in the nursing field after experiencing life on the run from Viet Cong soldiers, spending time in a refugee camp and later immigrating to America with her mother in search of a better life. Her life’s journey fueled her current path toward becoming a psychiatric and mental health nursing practitioner.

“Both as a refugee and as a child having witnessed trauma, I am very passionate about playing a part in the process that helps those with childhood trauma recover, rebuild and regain their lives,” said Garner, 42, a master’s degree student at the VCU School of Nursing.

Garner fell in love with the mental health treatment process when she began clinical learning experiences while attending John Tyler Community College. She said she noticed a strong desire to talk with her patients and listen to what they were going through. “My third semester of nursing school, I opened a psychiatric nursing textbook and it was as if someone turned on the lights in my brain,” said Garner, who currently works as a psychiatric intake nurse in Chippenham Hospital’s emergency department. She also recalls being exposed to the specialty when working at Tucker Pavilion, a mental health treatment facility. She was referred there to seek employment by her favorite instructor at the time, Barbara Hornsby (B.S.’03/N; M.S.’06/N), who is also a VCU alumna.

“I worked there for several years and had the privilege of witnessing the powerful impact that mental health therapy can have on mental illness,” Garner said. Her passion for psychiatric nursing couldn’t have come at a more perfect time – the demand for psychiatric nurse practitioners is high, and the number of psychiatrists in the country is low, according to the National Alliance on Mental Health Illness. As stated in the 2017 National Survey on Drug Use and Health (NSDUH) by the Substance Abuse and Mental Health Services Administration (SAMHSA), one in five adults experience mental illness in a given year, and approximately one in five youth (ages 13-18) experience a severe mental disorder at some point during their life. Intervention and treatment are crucial for children with mental illness, because 50% of all lifetime cases begin by age 14, according to the SAMHSA. Working with children and adolescents has been an increasing focus of Garner’s interest in psychiatric nursing.

The mental health field is full of opportunities for nurses who want to help the most vulnerable members of society, said Lyons Hardy, M.S., RN, PMHNP (B.S.’03/N), clinicalinstructor at the VCU School of Nursing, who taught Garner in her first PMHNP class.

“Students like Garner have taken their personal tragedies and experiences and turned them into a desire to offer high quality psychiatric services to others,” she said.

Garner vividly remembers being a four-year-old child with her mother in Vietnam, running and hiding from Viet Cong soldiers and their dogs. She remembers her mother’s courage, the night of their final attempt to escape Vietnam, and how she managed to stay strong through their adversity. Garner also recalls her mother’s strength during their time staying at the Chamboray refugee camp in Thailand after fleeing from Vietnam.Garner and her mother finally made their way to the United States, arriving in New York in 1980. They lived there for a year before moving to Virginia.

In addition to having an associate degree in nursing from John Tyler Community College, Garner earned a bachelor’s degree in biology from VCU and a bachelor’s degree in nursing from Old Dominion University. Outside of school and work, she participates in extracurricular activities that reflect her passion. She is a member of the American Psychiatric Nurses Association, and at Chippenham Hospital she is a member of the Trauma Informed Leadership Team, which provides trauma education across the hospital. In addition, Garner recognizes that a person’s physical health is just as important as their mental health, so she started a Get Fit challenge in her department to help nurses improve their self-care practices.

She is currently in her last year of the PMHNP concentration of the School of Nursing’s master’s program and expects to graduate in May 2020. Looking forward to what the future holds, Garner said her long-term goal is to work in an outpatient setting serving children, adolescents and young adults.

“I knew that whatever field I chose, it would have to be something that was an extension of who I am, and not just something I get paid to do.”