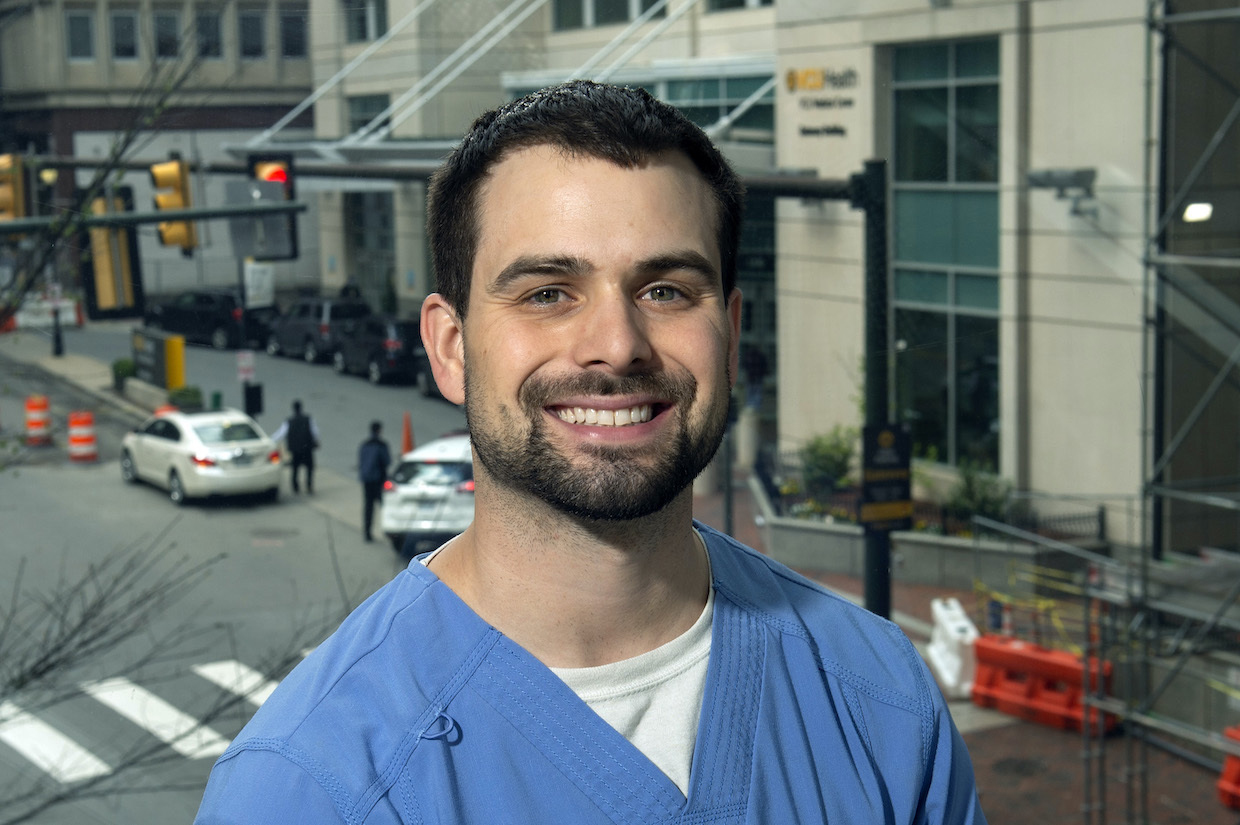 Nicholas Santalucia, a master’s student at the Virginia Commonwealth University School of Nursing, said pursuing a career in nursing was one of life’s easiest decisions because of his passion to care for those who cannot care for themselves.“Nursing has provided me an opportunity to give back in more ways than I can ever express, and has helped me establish a greater purpose,” he said.

Santalucia, who works as a registered nurse in adult psychiatry at VCU Health, has found his purpose in mental health.

“I am drawn to the field of psychiatry due to the population being not only misunderstood but also heavily underserved,” he said.

Santalucia is following his dream to become a psychiatric mental health nurse practitioner with support from a new grant aimed at providing scholarships for nursing students enrolled in the master’s program. The School of Nursing recently received a $700,000 grant from the Helene Fuld Health Trust, the nation’s largest charitable trust devoted exclusively to supporting student nurses and nursing education. The fund will provide an average scholarship award of $4,000 to approximately 15 master’s students per year.

“We are very grateful that the Helene Fuld Health Trust is investing in our efforts to advance nursing knowledge and leadership skills among the nursing workforce,” said Jean Giddens, Ph.D., professor and dean of the VCU School of Nursing. “These scholarships help to lessen the financial impact as students return to school to further their education.”

Earning his degree will give Santalucia the opportunity to grow in his career. While he currently cares for patients as a nurse, he said he looks forward to providing care more independently as a nurse practitioner, adding to the number of providers prepared to serve an underserved population. Santalucia said the scholarship will allow him to pursue his education without the need to increase his already substantial educational debt.

“Without this additional debt, long term it will help me reach my overall goal of opening my own practice at an earlier date,” he said. “I personally would like to thank everyone involved with the Helene Fuld Trust Scholarship for playing a large role in my efforts towards helping our mentally ill.”