Good vibrations: What a vibrating shoe could mean for Parkinson’s patients 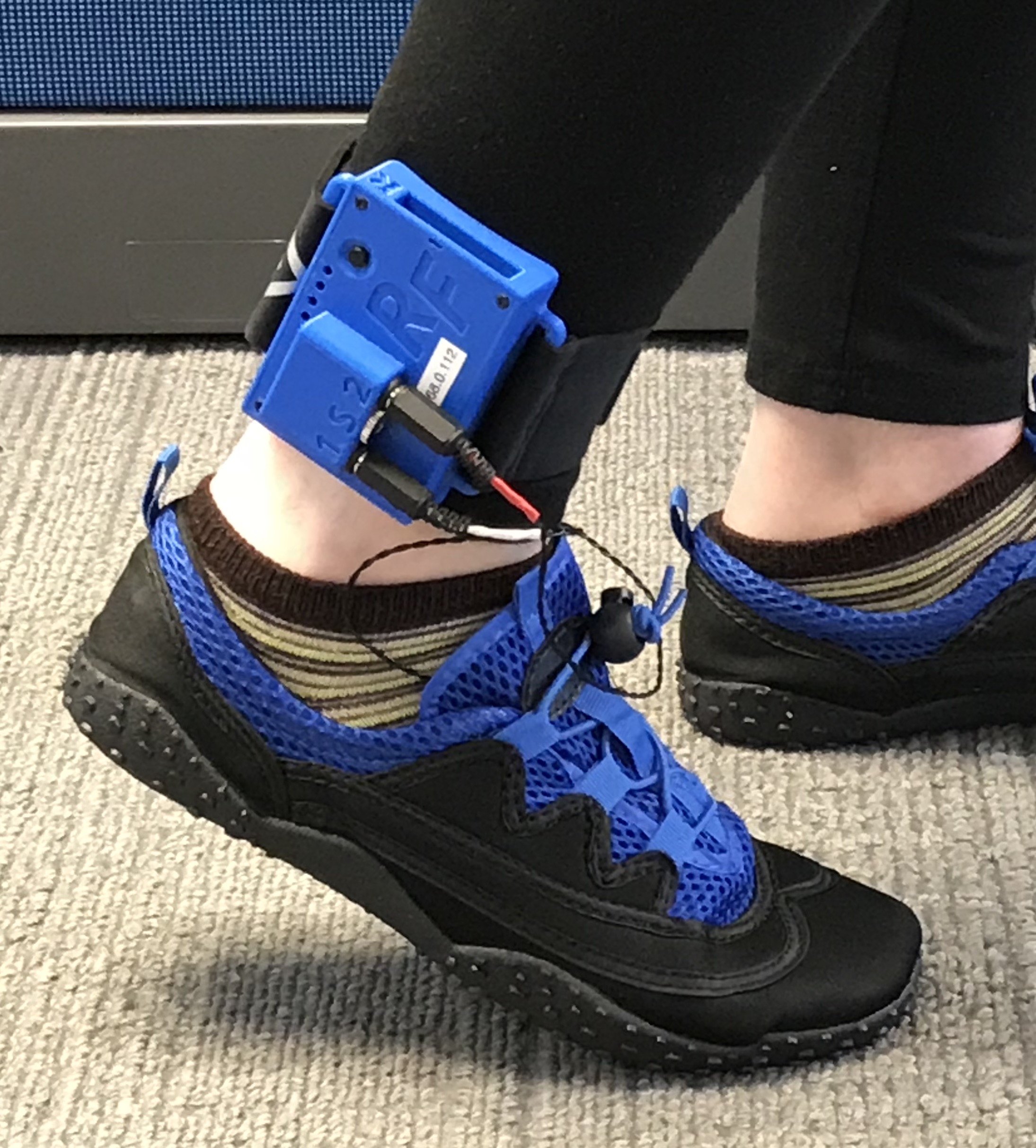 Nearly 60 percent of people with Parkinson’s disease experience the sudden inability to walk, a phenomenon referred to as “freezing of gait.” It manifests in a complete stop or prolonged shuffle despite the individual’s best intentions to move forward. It can be triggered midstride by a cluttered room, narrow spaces like a doorway or when making a turn. No medications or surgeries are able to treat it.

A team of five Virginia Commonwealth University researchers — led by Dr. Ingrid Pretzer-Aboff, senior nurse researcher in the School of Nursing, and Dr. Leslie Cloud, neurologist in the Parkinson’s and Movement Disorders Center — have been testing a vibrating device worn just above the shoe that could put an end to the freeze. Their work, which began years ago, has expanded this year with new funding from the National Institutes of Health.

The VibeForward device, developed by tech startup Resonate Forward, LLC, is lightweight and Bluetooth-connected with a rechargeable battery. Its gentle, localized vibration to the ankle and foot prompt movement in those experiencing trouble walking or stabilizing themselves.

Results have been promising, said Pretzer-Aboff, whose project is expanding beyond her team’s lab to include testing in real-world environments. She hopes this technology will empower people with Parkinson’s to overcome the fear that’s tied to freezing of gait.

“Freeze of gait can be very isolating socially. It’s very burdensome or at least taxing on family members that have to help patients out. It affects their psyche through the fear of falling,” said Pretzer-Aboff, who has studied vibration therapy in Parkinson’s patients for more than a decade. “There’s very few choices out there to help patients like this. We’re hoping that using vibration in this new way will even show better results and give people some hope, a little more autonomy, freedom and a better quality of life.”

The Michael J. Fox Foundation’s funding of a two-year randomized controlled clinical trial led to the VCU team determining what amount and frequency of vibration are needed to assist patients with Parkinson’s.

The project’s expansion with NIH funding will allow Pretzer-Aboff and Cloud’s team to pair the ankle device with a second Bluetooth-enabled device from researchers at the College of William and Mary. Together, the gadgets can sense the slightest hint of freezing of gait in a patient’s walk and trigger the ankle device to vibrate — within a second — to help the wearer stay in motion as usual.

“The population of people that suffers from freezing of gait with Parkinson’s is a really vulnerable population. If you can’t walk, your quality of life is awful,” Cloud said. “There are many treatments for Parkinson’s, but walking problems tend to be resistant to medications and surgery. This therapy could be a safe and affordable option for a population that currently has no options.”

Pretzer-Aboff added that if successful, the localized vibration therapy one day could be used for patient populations experiencing tremors and gait issues outside of Parkinson’s.

“This technology has great potential to give patients who have freezing of gait their independence back,” said Brian Berman, M.D., director of the Parkinson’s and Movement Disorders Center. “Our researchers continue to strive to find ways to significantly improve the lives of those with Parkinson’s disease until a cure can be found.”

Patients interested in enrolling in this trial can contact Gina Blackwell, clinical research associate in the Parkinson’s and Movement Disorders Center, at gina.blackwell@vcuhealth.org.

This story has been updated from a 2019 story on VCU News. Mary Kate Brogan contributed to this piece.